Bernie Sanders recently tweeted his opinion on the cannabis industry unionizing. The tweet was encouraging employees at Cresco Labs in Joliet, Illinois to vote yes to the union, and it ended with him promising to “lead the fight to double union membership in this country” if he wins the presidency.

What are some of the potential outcomes waiting to unfold if the cannabis industry unionized? 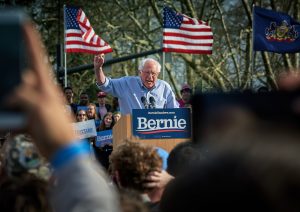 The Cannabis Industry Unionizing: The Pros

One of the most influential benefits of establishing a union is the employee’s right to demand more favorable working conditions. Unions allow for collective bargaining, aka union workers banding together to fight for the change they want to see.

Many people in the industry have a passion and knowledge of cannabis. The cannabis industry unionizing can make room for knowledgeable employee input, likely improving business as a whole.

Allowing employees to have a say in their workplace environment increases their happiness at work. According to Forbes, one study found that when employees are happy, they are 20% more productive than unhappy employees. Greater employee productivity naturally leads to better results for the company. This is great news for cannabis businesses, considering their right to even be a business is still being questioned by some. Successful companies that create happy and repeating customers are hard to refute. Top that off with satisfied employees, and the business is looking pretty darn good.

The Cannabis Industry Unionizing: The Cons 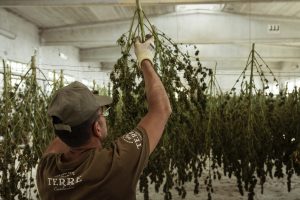 There are, of course, two sides to every story. Should the cannabis industry unionize, union members are responsible for paying dues to their union. Occasionally, union dues are so high they can offset the cost of higher wages. Union dues are set in place to help pay salaries and for the general costs associated with conducting a union. According to Bankrate, union members sometimes complain about how much they pay in dues, as well as how the money is allocated and spent.

Seniority is strong in union workplaces. In other words, an employee who has been at a job longer than a newer hire has more preference in terms of their wages, vacation days, promotions, and basic job security. This may seem like a plus, and in some cases it is. But, if an employee with more experience joins the team, they aren’t able to move up as quickly as someone who has simply just worked there longer.

In the cannabis industry specifically, this can create problems. Sometimes experienced workers in the industry move to newly legalized states after companies are up and running in order to put their experience to use elsewhere. In other words, those with beneficial experience may be forced to stay in a lower position due to seniority, possibly compromising the potential quality of the company.

Weighing the Pros and Cons 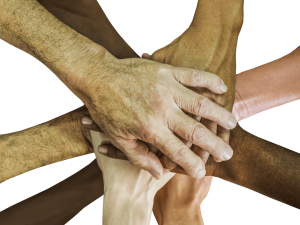 If you have additional questions about working in the cannabis industry, including unionization, feel free to contact us at info@mandfconsultants.com.