Skip to content
Previous Next
Did You Know Controlled Environment Agriculture is Good for the Environment?

Ways that Controlled Environment Agriculture is Good for the Environment

In the CEA industry of today, engineers and horticulturists have worked tirelessly to fuse cutting-edge technologies with crop production methods. In doing so, they have created some of the most sustainable agricultural practices ever known. Whether it be the efficient use of space or less fossil fuel consumption, CEA shows real promise in curbing many of our greatest environmental problems.

As the leading staffing agency in the CEA space, M&F Talent is honored to be a part of an industry with the potential to do so much good in the world. As such, we put together this brief exploration into how controlled environment agriculture is good for the environment. 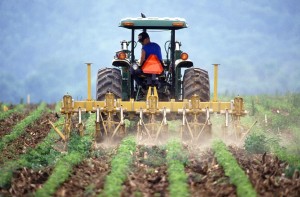 Before you can really appreciate how beneficial CEA is for the environment, you must understand problems with traditional farming methods. While practices like monocropping might not have been a big deal in the early days of industrial agriculture, such approaches can have a major impact over time.

Some of the most notable problems with traditional farming methods include:

As CEA technology and methods continue to advance, we are learning more about how controlled environmental agriculture can help protect the earth.

One of the biggest concerns with traditional agriculture is the amount of water that is consumed by industrial farms. Incredibly, “on average, farms around the world account for 70% of all water that is consumed annually. Of that 70% used by farmers, 40% is lost to the environment due to poor irrigation systems, evaporation, and overall poor water management.”

With CEA production, engineers have devised recirculating hydroponics systems where no water is wasted. In another example, greenhouses trap condensation and recirculate it back into the irrigation water. 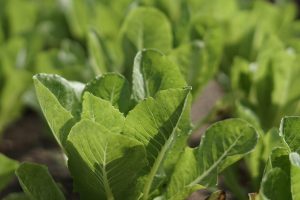 Use of Space & Vertical Farming

Traditional farms require massive amounts of acreage to produce crops. In an incredible statistic from National Geographic Magazine, “40 percent of the Earth’s land is now given over to agriculture.”

With vertical farms and greenhouse gardens, producers are able to stack rows of crops on top of one another. By building upwards instead of outwards, vertical farms use space more efficiently than any type of agriculture in human history. Even better, indoor gardens and greenhouses can easily be built within cityscapes to produce food all year round.

How CEA Growing Helps the Soil

It is well-known that industrial farms use excessive amounts of fertilizer to produce crops. In time, fertilizers and salts build up in the soil to the point of rendering it unproductive. After the damage is done, it takes many years for such soil to regain its original bio-productivity.

By growing crops hydroponically, CEA operations don’t add any chemicals into the soil. Even better, because nutrients are delivered directly to the roots of plants in hydroponic growing, far fewer fertilizers are used in the first place. 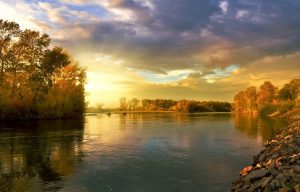 Water pollution is one of the biggest problems with traditional agriculture. According to the Environmental Protection Agency (EPA), “nutrients can wash into aquatic ecosystems. There they can cause algae blooms, which can … kill fish by removing oxygen from the water.”

As seen with soil degradation, creating crop production methods that are better insulated from local ecosystems is a great way to protect the environment. If you don’t add fertilizers to the ground in the first place, there is no way they can make it into local waterways. 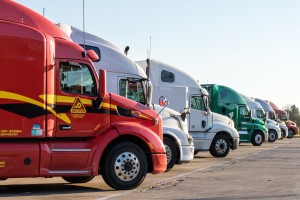 In today’s global society, crops are grown on massive farms which then ship products around the world. Not only does this system wind up delivering foods that aren’t very fresh, but we also burn massive amounts of fossil fuels shipping things like avocados around the globe.

Controlled environment agriculture is an incredible industry. By taking cutting-edge technology and fusing it with biological processes, scientists have created entirely novel ways to produce food crops. Not only does CEA production help us get fresh food easier, but it also has the potential to help us solve some of our most significant environmental issues.

At M&F Talent, we are lucky enough to work as recruiters in an industry with so much potential to do good. It will be interesting to see how the CEA industry grows and evolves over the coming years.

Please contact info@mandfconsultants.com to learn more about our recruiting services.