Skip to content
Previous Next
The Organic Hydroponics Debate

Can Hydroponic Growing be Classified as Organic?

Most people’s worldviews are shaped by their experiences. Looking to modern gardening, preferences between soil and hydroponic growing has come to create distinct vantage points from which these schools of thought view the world. To this end, there has arisen a sharp divergence in what individuals consider “organic.” 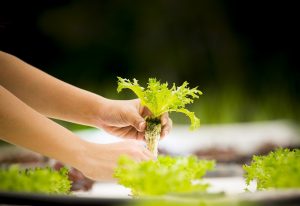 The United States is one of the few countries in the world that allows for the organic certification of hydroponically grown produce. Yet, for many organic soil growers, USDA approval is not enough to convince them that a crop is truly organic. In fact, the USDA’s choice to back hydroponics growers with organic certifications seems to spread paranoia through a community already steeped in mistrust with the government and big agriculture.

In an era inundated with controversy in food production – including the bullish tactics of GMO supporting mega-corporations like Monsanto – it’s not a surprise that traditional organic farmers are skeptical about hydroponics. To this end, groups like the Organic Farmers Association have made it one of their goals to discredit the organic distinction of hydroponics.

It is obvious that the hydroponics organic debate is being waged on a battlefield field already inundated with frustration. Yet, it is all too easy to overlook what science and the natural world tell us about concepts like organics. After all, isn’t mother nature herself 100% organic?

Hydroponic enthusiasts purport that by fusing technology with food production, they can help curb the global food crisis. Most notably, hydroponics is an essential element in urban agriculture, where forward-looking horticulturists are transforming cityscapes from “food deserts” to vibrant agricultural centers.

The scientific argument behind hydroponics cultivation is intimately tied to environmentalism and conservation. To this end, advocates of hydroponics cultivation assert that their methods are in fact more ecologically friendly than soil-based growing. Namely because, with careful controls on inputs and outputs in their systems, hydroponics growers can produce crops with little-to-no wasted water. Also, advanced operations like vertical farms utilize far less square footage to produce crops than see with traditional soil farms. 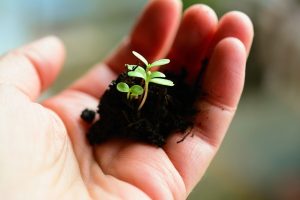 For many organic enthusiasts, the use of soil for cultivation is the only way to produce organically grown foods. Mainly because, soil growers generally mimic how plants are grown in the natural world. With organic soil cultivation (as in nature), essential plant processes occur in a dynamic community of living organisms within the soil and biosphere. As such, plants grow among a symphony of life in the fields and forests, where complex systems of microorganisms and animals interact to stimulate growth.

From a scientific standpoint, soil growers assert that hydroponics growing lacks the complexity of life present in the natural world – rendering the practice inorganic. According to Linley Dixon, Chief Scientist for the Cornucopia Institute, “the soul … of organics isn’t just about the singular crop: it’s about the ecosystem, the environment, and the planet. Proper soil-based organics ensure healthy soil for generations, allows for thriving communities of beneficial insects, and, in turn, an entire ecosystem around them.” 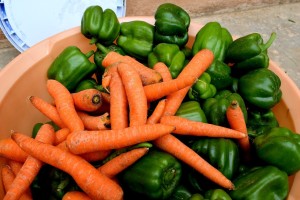 The debate occurring between soil and hydro growers stems largely from the USDA’s organic certification process. According to the USDA website, “Overall, organic operations must demonstrate that they are protecting natural resources, conserving biodiversity, and only using approved substances.” Within this regulatory schematic, they state that “[s]ynthetic fertilizers, sewage sludge, irradiation, and genetic engineering may not be used” in organic operations.

From the information provided by the USDA in their accreditation process, both hydroponics and soil growers can lay claim to the organic certification. Yet, within this debate,the confusion doesn’t really lie with what sorts of fertilizers or sprays are being used to produce organic crops. Rather, the divergence is ideological, as both parties feel they are honoring the ecological stipulations set forth by the USDA. To illustrate, hydroponic growers feel their water conversation efforts set forth in “protecting natural resources” while soil growers feel their practices defend the “biodiversity” present in the natural world.

What Does Mother Nature Say about Organic Hydroponics?

While the USDA’s views on organic certification are doubtlessly helpful in picking out key points in the hydroponics organics debate, it can’t be argued that nature is the standard in understanding the concept of organics. Therefore, looking for hydroponic plant growth in the natural world offers a viable way of demystifying this convoluted debate. As such, if plants grow hydroponically in nature, mustn’t the process be considered organic?

The defining characteristic of hydroponics is that of growing plants in nutrient-rich water, as opposed to soil. It goes without saying, this practice stands in stark contradiction to soil cultivation, where earthen materials provide support for a plant’s root system, as well as vital nutrients. Nonetheless, by using hydroponics to grow plants, cultivators are not necessarily creating an unnatural phenomenon. 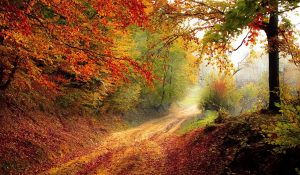 There are several edible plant species that grow exclusively in bodies of water. These “natural hydroponic” plants include wild rice, watercress, water spinach, wasabi, Chinese water chestnut, water caltrop, taro, cattail, and bulrush. Moreover, the water systems where these plants grow are often ecosystems unto themselves – offering the “biodiversity” so cherished by proponents of organic soil growing.

In looking at natural systems in lakes, ponds, and rivers, aquaponics takes the next step in developing self-sustaining ecosystems in hydroponics growing. In the mini biospheres created by aquaponic growers, fish waste provides nutrients to crops. In turn, both fish and plants are harvested as food sources.

Unlike industrial farming, where an astounding amount of energy goes into producing crops, aquaponics systems are known as “closed-loop” systems. Because, they don’t require any additional energy inputs (fertilizer, water, etc.) to continue to produce both foods from both fish and plants.

With such things as biodiversity, organic soil cultivators do their best to mimic the cycles of mother nature. However, can’t the same be said about aquaponics growers? Even more, soil growing is defined by large mono crop fields of plants that have often been transplanted from the other side of the globe. To illustrate, “organic” potatoes are grown in massive farms in the central valleys of Colorado, even though these tubers are originally found in South America. Is this arrangement of plant life more “natural” or “organic” than an aquaponics operation where tilapia waste feeds lettuce greens? In the end, these questions simply boil down to preference and taste.

The hydroponics organics debate is an offshoot of a larger question facing humankind: what is our place in the natural world? There is no easy answer to this question. Our ability to manipulate natural systems is a result of our capacity for rational thought. As such, the hydroponics organics debate is largely philosophical in nature. In this debate, we are essentially assessing the place of rationality in the natural world. Mankind’s propensity to alter the “natural order of things” has developed these confusing global food systems, as well as mono-crop fields, hydroponics growing, and genetically modified foods.

In reality, all commercial farms utilize technology to manipulate nature. Through this lens, a mono-crop field of soil-grown potatoes is no more “natural” than an aquaponics operation. Moving forward, and following the lead of mother nature herself, soil and hydroponics growers should be focusing on their similarities instead of differences. Within this exchange, biodiversity is a great starting point. With more educated respect for one another’s practices, perhaps these two groups can work together to solve important issues related to world hunger, natural foods, and basic nutrition.

This article originally appeared in the March / April 2020 edition of Maximum Yield Magazine.