What is the Dutch Bucket Hydro System?

When deciding on their equipment needs, hydroponic growers have more options than ever. Lucky for us today, hobbyist growers and professional engineers alike have toiled to create new and convenient ways to grow hydroponic crops. While all hydro systems are designed with the overall goals of efficiency and productivity, the methods for accomplishing such ends can diverge greatly. To this end, dutch bucket hydro systems have grown increasingly popular in the horticulture space due to their simplicity and versatility, as well as their environmental safeguards.

Also known as “bato buckets,” dutch bucket hydroponic systems are a great option for both home growers and commercial producers. These innovative designs borrow methods from drip irrigation systems as well as hydroponic setups. If you are wondering if a dutch bucket hydro setup is right for you, please check out the following criteria. 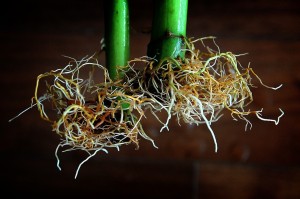 In the most basic dutch bucket setups, the buckets are situated on a shelving system that is placed over a nutrient reservoir. These buckets, in turn, house a cultivation medium which supports the plants’ root zones.

The dutch bucket hydro system functions as water is pumped through hoses from the reservoir and finally into the buckets. There are many variations that can be used to disperse water within the buckets. Many of these choices resemble equipment you would use in simple irrigation systems – such as drip rings.

Once the buckets are thoroughly soaked and plants get nutrients to their roots, the excess water drains from the bottoms of the buckets. This water is then gravity fed through PVC pipe back into the nutrient reservoir.

As mentioned earlier, dutch bucket hydro systems are excellent examples of recirculating hydroponics. Also known as “closed-loop” hydroponics, these setups are celebrated for being environmentally friendly.

The hydroponics space is often viewed through two diverse schools of thought: recirculating and drain-to-waste. Eco-conscious cultivators favor recirculating hydro systems because they continuously recycle precious water and nutrients. This practice greatly reduces environmental impacts. Conversely, in drain-to-waste systems, irrigation water is only run through the garden one time before it is disposed of.

The water conservation practices of recirculating hydroponics systems are particularly attractive in dry climates such as those seen in California. Especially for commercial producers in dry climates, such conservation methods could very well be the future of controlled environment agriculture (CEA). 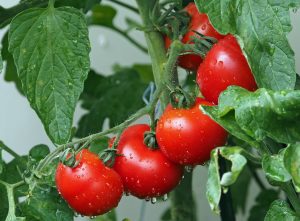 One reason why dutch bucket hydro systems are popular has to do with the fact that they are compatible with larger plants. Hydroponic setups generally require small plants. In these systems, crops are grown in small containers and cubes that are situated on tables and shelves.

The fact that dutch bucket systems feature individual buckets gives them more versatility in growing larger plants. In fact, most dutch bucket cultivators only place a single plant per container. By giving plants ample space in their own containers, the garden canopy does not become crowded and plants can grow large.

Cultivators also appreciate dutch bucket hydro systems because they are easily expandable. That being said, if you are interested in scaling your dutch bucket system, all you need to do is add another bucket. This simplistic approach makes incremental scalability possible. Even more, it gives you the opportunity to work your way up into a larger garden.

A final consideration to make about dutch bucket hydro systems is the fact that they are great do-it-yourself (DIY) projects. Namely because, you can find a majority of the components needed to build a dutch bucket system at your house as well as the local hardware store.

The most basic dutch bucket setups can be built with buckets, garden hoses, PVC pipes, irrigation tubing, plastic bins, and a simple pump. By building a dutch bucket hydro system yourself, you can save a great deal of money on overhead garden costs. This notion is particularly attractive for novice gardeners who are just learning about hydroponics.

Whether you are an experienced horticulturist or a novice home gardener, it’s a good idea to have a basic understanding of different hydroponic setups. In studying the various hydro systems on the market today, you can better match your methods with your overall goals.

Dutch bucket hydro systems are popular in CEA cultivation because of their simplicity and versatility. Not only can you grow larger plants with dutch buckets, but you can also easily manipulate the size of your garden with these setups. Even more, they allow you to produce large plants while maintaining careful control over garden inputs.

While the practical side of dutch bucket systems is noteworthy, the environmental protections they afford are their real selling point. As the CEA space continues to grow and evolve, recirculating hydro systems like these are likely the way of the future. As such, if conservation efforts are at the forefront of your thinking, dutch bucket hydro systems just might be the choice for you.

This article originally appeared in the November 2021 issue of Maximum Yield Magazine.