Talking to Your Skeptical Doctor About Medical Cannabis

If there is any term that defines the modern cannabis industry, the term would undoubtedly be “change.” This notion applies to the internal workings of business and policy, as well as the perceived image of cannabis in the public eye. Looking to the medical field, legitimate scientific studies into the benefits of cannabis are still in their infancy. This notion, coupled with drug war rhetoric that is still ingrained in the minds of many Americans, has stimulated an air of skepticism among the medical community concerning the legitimacy of cannabis. Moreover, medical marijuana patients are often left confused about how they can talk to their doctors about cannabis use.

As widespread cannabis legalization has occurred across the U.S. and Canada, we have seen outdated drug war ideologies precariously juxtaposed against the dramatically shifting tides of a big business takeover in the industry. Resultantly, even industry “insiders” are confused about the current state of the marketplace, as it is marked with contradictory motives, ideologies, and plans.

Among the tides of changing legislation, evolving viewpoints, and alarming contradictions, it all-to-easy to forget that the legal cannabis industry was founded on the very real medical needs of marijuana patients. Unfortunately, these individuals are often left to fend for themselves in an environment where inconsistent “scientific studies” are touted as “fact” on a near-daily basis. To this end, the prospect of asking a traditional doctor about cannabis use in such confusing times is an intimidating proposition. Even more so because degrees of legalization, as well as the roles doctors play in administering cannabis, vary so much in different marketplaces. Nonetheless, if you are seeking the advice of your doctor on medical marijuana use, there are a few steps that can be taken to ensure the encounter is as comfortable as possible. 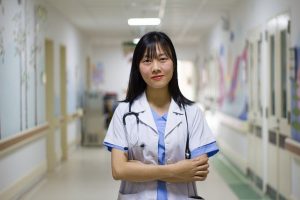 Your Homework on Medical Cannabis

Because the industry is changing so rapidly, it can be quite confusing to understand the legality of cannabis or CBD in a specific marketplace at any given time. That said, if you decide to inquire with your doctor about medical marijuana use, be sure that you understand the legal standing of cannabis where you live. In like fashion, as different U.S. States have different qualifying conditions for medical cannabis, study up on your specific locale. To this end, a doctor’s visit would be meaningless, as well as quite uncomfortable, if you attempt to get a prescription without meeting obvious minimal requirements.

If interested in talking to your skeptical doctor about cannabis, it’s also a good idea to research their medical practice in more detail. To this end, it is quite possible that a more conservative doctor won’t even acknowledge cannabis as medicine. Conversely, maybe you will get lucky and find out that your family practitioner is on the list of licensed medical cannabis doctors in your State. Either way, frontloading yourself on what sort of conversation to expect will make your conversation much more comfortable.

When you approach your doctor for a consultation on medical cannabis use, be sure that you present a specific medical need. To this end, there is perhaps no surer way to raise suspicion with your doctor than requesting access to cannabis without presenting a known ailment. Even more, a great way to further your understanding of medical marijuana, as well as help with the overall progression of the industry, is to research your particular ailment and its relationship to specific cannabinoids. To illustrate, certain symptoms like chronic pain are more responsive to CBD, while others such as nausea can only be helped with THC. 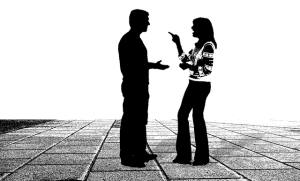 Another word of caution about visiting a doctor to discuss medical cannabis has to do with mixing medications. As such, if you are already prescribed pharmaceutical drugs for an ailment, mixing cannabis could be a bad idea. Since cannabis is just beginning to receive recognition in the eyes of mainstream medicine, any attempts at getting medical marijuana strictly “to get high” could be detrimental to this progress. Therefore, serious medical cannabis patients should look at cannabis as an alternative to invasive prescription medications – not as another avenue for recreational drug use. In the end, nothing will raise suspicions with a doctor as much as someone who attempts to abuse this new system and perpetuate the “stoner” stereotype.

Be Prepared to Discuss Medical Cannabis

Whether you are visiting a family doctor that you have been using for decades, or you are in the market for a new practitioner, be prepared to discuss the medical marijuana issue. While public opinion is doubtlessly swaying in favor of medical marijuana, drug war ideologies are still deeply ingrained in the minds of mainstream America. As such, if you would like to discuss medical cannabis use with your doctor, please bring factual information to the table that can be the basis for an objective dialogue. In the end, a well though-out argument could convince even the most conservative doctor to look beyond stigmas and give you sound medical advice.

While cannabis legalization has made incredible progress over the past 10 years, it is still federally illegal in the United States. Moreover, the Drug Enforcement Agency (DEA) continues to purport that cannabis is a “Schedule I drug,” meaning it has “no accepted medical use” and has a “high potential for abuse.” To this end, as long as our medical institutions receive instruction from such government agencies as the FDA, USDA, and DEA, stigmas surrounding medical cannabis will extremely difficult to break. As such, be prepared to back down from an argument with your doctor if they don’t see things your way concerning cannabis use. They may simply be protecting themselves from legal ramifications of recommending medical marijuana – especially in the U.S. States without a medical program.

The cannabis industry is changing faster than most can perceive, and this volatility is creating confusion and frustration for both patients and doctors. At the base of this confusion exist vast discrepancies in what different parties consider “facts.” To illustrate, the industry is continuously inundated with claims about cannabis that aren’t necessarily backed by real scientific research – this notion applies to both sides of the legalization debate. In the end, medical patients have largely had to decide for themselves whether or not cannabis works for them. Looking to the future, we can only hope that as the industry grows more sophisticated, better standards on things like testing, labeling, and dosing will make the doctor / patient relationship more functional. Yet, these evolutions are still dependent on acceptance by the federal government, as this acknowledgment is the most direct way to control and professionalize the industry, and, in turn, convince skeptical doctors that cannabis is real medicine.