Skip to content
Previous Next
The Cannabis Entourage Effect

Have You Ever Heard of the Cannabis Entourage Effect?

As our scientific understanding of cannabis continues to expand, it brings with surprising new developments. Of these new advances, studies into the “entourage effect” of cannabis are shaking up our current understanding of medical marijuana. For those who did not know, the term entourage effect is used to describe the holistic effect of cannabis use on a subject. This effect includes the simultaneous influence of the whole flower in cannabinoids, terpenes, and other plant material. Novel research into the benefits of medical marijuana is beginning to show that this symphony of compounds works together in giving cannabis its physiological and psychoactive effects. Interestingly, according to the website Project CBD, it is believed that the entourage effect process “magnifies the therapeutic benefits of the plant’s individual components—so that the medicinal impact of the whole plant is greater than the sum of its parts.” 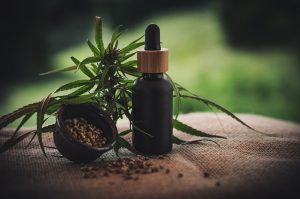 As all avid cannabis consumers are aware, THC (or tetrahydrocannabinol) is the most prominent psychoactive compound found in cannabis. Looking at the industry of today, a majority of plant breeding programs and extraction technology platforms are built around maximizing THC production. Yet, research into the entourage effect are beginning to paint a different picture about this prized chemical. Namely, it is not as effective on its own.

According to Wired Magazine, THC “has a complicated relationship with CBD in particular.” This is because, some cannabis consumers report that CBD lessens the “paranoia and anxiety that comes with being too high.” As such, CBD could very well be the primary catalyst in making cannabis accessible to a wider demographic. Because, it could help quell the mental unease that often comes with THC consumption. 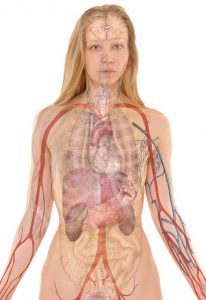 The CBD industry has exploded over the past couple years. CBD products now line store shelves in both legal and non-legal States across the U.S. Yet, as seen with THC, many believe that CBD does not work nearly as efficiently without the entourage effect.

People living in legal States like Colorado often favor CBD products sourced from whole-plant extracts. They find these products to be far more beneficial than those made from an isolate. To illustrate, leading companies in the Colorado cannabis space have found immense success with edibles that are a mixture of high-dose CBD and low-dose THC. For many consumers, a CBD to THC ratio at 10:1 or 5:1 is far more effective in treating ailments such as sleep disorders, anxiety, and pain that is seen with CBD isolates.

Terpenes are widely known as the chemicals in plants that are responsible for giving them their aromas and flavors. However, recent scientific research into medical cannabis is also uncovering some intriguing new data on terpenes regarding the entourage effect. To this end, terpenes are believed to inhibit as well as encourage cannabinoid receptors found in the human body. Meaning, terpenes may actually help regulate how receptive your body is to cannabinoids. To illustrate, the terpene Myrcene is believed to help the human brain receive THC more efficiently.

Subjectivity in Drug Use and the Cannabis Entourage Effect 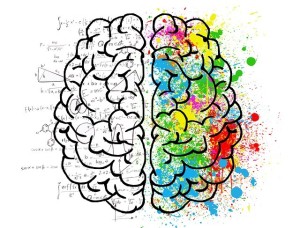 From the production of typical pharmaceuticals, to cutting-edge research on psychedelic drugs like psilocybin mushrooms, attempts to explain and classify the effects of drugs in ordered categories has proved problematic. Because, there are countless influences within the human organism that can shape how a substance reacts with a person. These influences include wide-ranging stimuli within the fields of both physiology and psychology. To illustrate, a person’s age, physique, and diet can have as much power over a drug’s influence as levels of THC and CBD. The same can certainly be said about tolerance.

Looking back to the entourage effect, we realize the fact that drug experiences are highly subjective affairs. To this end, recent findings on the entourage effect only complicate this notion further. Because, we are beginning to see that the effects of cannabis don’t fall within any neat, clean categories. In fact, a person’s experience with cannabis is the result of a dynamic exchange of bodily processes with that of a plethora of compounds present in cannabis. In the end, the effect is likely singular in nature. Here, a person’s specific physical and mental states react with the chemicals present in a specific cannabis product. 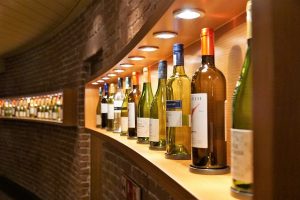 As we continue to learn more about the entourage effect, we will also have to redefine our understanding of medical cannabis. In fact, to accurately prescribe medical marijuana, the process will likely require someone more closely representing a wine sommelier than a doctor. Because, understanding the complex terpene and cannabinoid profile of a strain or extract requires a deep aesthetic appreciation of cannabis. This appreciation can only be achieved through dedicated and passionate studies. In the end, the defining factors of cannabis products seem to bleed well beyond the tidy confines of medical classifications. More realistically, they find themselves in the realm of personal experience.

When looking at the biochemical intricacy of the cannabis flower, as well as the dynamic systems in the human body, it’s easy to feel overwhelmed in choosing a cannabis product. Yet, we should rest assured that the chemical complexity of this natural medicine is a boon for medical cannabis advocates. Namely because, modern drug companies are clamoring for a “piece of the pie” in the newly established hemp industry. However, it seems they are at least partially missing the point. Because, the true medicinal benefits of cannabis are irrevocably tied to the flower itself. As such, cannabis plants produce a unique natural product that can’t be synthesized by even the biggest pharmaceutical companies.