In early summer 2018, the editorial team at Maximum Yield Cannabis Magazine reached out to M&F Talent’s Kent Gruetzmacher. They wanted to talk to Kent about an interview with marijuana advocate Rick Simpson. Kent had written an article for the January 2018 edition of Maximum Yield Cannabis Magazine titled “5 People Who Changed the Cannabis Landscape: Ed Rosenthal, Raphael Mechoulam, Rick Simpson, Jorge Cervantes, and Steve DeAngelo.” The article was warmly received but such iconic figures as Steve DeAngelo. Rick Simpson also took notice of the piece and contacted Maximum Yield Magazine about another topic of interest. That topic being Rick Simpson Oil (RSO) scammers. As such, Kent and Rick connected on a Skype call and discussed the ins-and-outs of modern marijuana culture. Here is the main takeaway from the article:

Canadian icon Rick Simpson has become a symbol for cannabis advocacy. Ricks’s miraculous recovery from skin cancer with cannabis oil treatment is known on a global scale. As such, he has helped shed light on the potential of marijuana as medicine. Similarly, his grass-roots campaign to spread knowledge about cannabis has inspired thousands. Since this time, “RSO” or “Rick Simpson Oil” has gained international notoriety as a high-quality, THC-based oil concentrate with robust curative affects. You can learn more about Simpson’s projects through his publishing company’s website www.simpsonramadur.com and his website www.phoenixtears.ca.

Rick Simpson, like other medical marijuana freedom fighters, sees more to cannabis than monetary gain. As such, he literally feels that “God’s Law” has directed humankind to use this plant. Moreover, Rick Simpson has never monetized RSO or his fame, even though it is believed that he helped cure cancer in over 5,000 people. On a personal note, in a time where everyone knows somebody who died from cancer, please take a minute to reflect on the magnitude and impact of Rick’s undertaking. 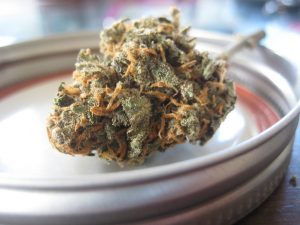 According to Rick, people have been hijacking his image in the sale of subpar and non-existent “RSO” products. This fake oil is being sold online and in cannabis dispensaries. Some of these people have gone far enough to claim they are Rick Simpson themselves. It goes without saying, taking advantage of sick people and selling fake medicine goes against the very grain of Simpson’s existence. He feels that “high quality cannabis extracts should be made available at very reasonable costs since this is a very cheap medication to produce.” Similarly, Simpson abides by the notion that “the knowledge surrounding the medicinal value of this plant is something we should all have.”

Due to his unflinching efforts to promote cannabis oil medicine, Rick Simpson has achieved a high-level of credibility within the circles of cannabis advocacy. To this end, Simpson’s involvement in cannabis advocacy is a mix of personal experience, medical critic, and government skeptic. As such, he has literally taken it upon himself to circumvent the “misguided” ethos of western medicine. He has accomplished this by directly supplying cancer patients with cannabis medicines. 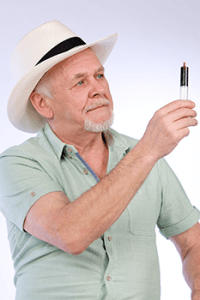 People have come to trust Simpson’s opinion concerning marijuana. Largely because, medical authorities and governments continue refute the legitimacy of the medicine. It is this trust that is being exploited by RSO scammers. According to Rick Simpson, these medical marijuana patients “have nowhere to turn” for medicine. As a result, they are being preyed upon by internet criminals.

Using fake social media accounts as well as websites, these imposters are reportedly scamming cancer patients to the tune of tens of thousands of dollars. In researching this article, I came across a number of social media pages using Simpson’s name and image. Some of these websites prompt users to another site for financial transactions. In one of the most appalling cases, an elderly cancer patient reported to Rick Simpson that she sent an imposter $20,000. In the end, she was delivered a fake RSO product which he described as “garbage.” Similarly, RSO scammers often prompt cancer patients to “wire” them money via Western Union.

It is essential to understand that RSO has never been branded or monetized by Rick Simpson. Similarly, he has never sanctioned a single RSO product being sold at cannabis dispensaries in the United States or Canada. That being said, Simpson wants it to be known that concentrates marketed as “RSO” at dispensaries are not dependable as medical marijuana medicines. He has never authorized the use of his name. Also, he is adamant that he “has nothing to do with” these medical marijuana products and businesses.

Rick Simpson understands that every business in the cannabis industry that sells RSO isn’t necessarily doing so with malicious or misleading intent. However, he wants the public to know that this oil is not reliable for the treatment of cancer. For starters, Simpson notes that the cannabis industry is extremely “fractured” concerning testing standards. As such, it is next to impossible to verify the purity of RSO products on a consistent scale. Also, Simpson fears that “the quality [of dispensary sold RSO] often bears little resemblance” to the medicine he came to perfect. Because, most cannabis businesses only produce oil from “excess leaf trim and popcorn buds.” This practice results in a “low quality” oil.

From Simpson’s experience with his own cannabis-oil-induced cancer recovery, he feels that “THC is the real cancer killer.” Only premium quality indica flowers with 20% THC or higher can be used to make real RSO. Unfortunately, Rick doesn’t see any of the businesses selling “RSO” paying the attention to this quality.

Rick Simpson recommends that people grow their own cannabis plants and process their own oils. For him, this is the only way to avoid impurities in residual solvents and pesticides. Precise directions for creating RSO can be found in his book “The Rick Simpson Story.”