Skip to content
Previous Next
Can Craft Cannabis Survive?

The Place of Craft Cannabis in the 2018 Market

“Craft cannabis” is carefully produced with originality, creativity, and zeal – craft flowers are the true representation of the horticulturist turned artist. As such, craft growers infuse a careful balancing act of environmental control, irrigation procedure, and genetic manipulation into their creative processes. They produce exceptional flowers that are unique to specific locations and methods. These flowers are singular in their existence – like a rare bottle of wine.

Craft cannabis products are virtually impossible to create on an industrial scale. Because, attempting to reproduce craft methods in mass production dilutes the integrity of the process by removing the intuitive touch of the master gardener.

Looking at the increasingly industrialized cannabis industry in 2018, one must question how exactly craft cannabis producers will survive in increasingly competitive markets. To illustrate, massive business conglomerates—such as Canada’s Canopy Growth Corp and America’s Medmen—cast an ominous shadow of doubt across a cannabis industry originally founded on artisanal craft. To put this notion in perspective, Canopy Growth Corp is valued at over an astonishing $1 billion. Similarly, Medmen has been raising money in the private sector to the tune of hundreds of millions of dollars.

While this sort of market growth is undoubtedly exciting for marijuana investors and advocates alike, it raises several questions as to viability and sustainability of craft cannabis production. Along this line of thought, many fear that small-scale growers will have to sacrifice the quality of their product in the current market. Because, this may be the only way to to stay financially competitive with corporate interests in marijuana. Sadly, many liken this act to sacrificing an art form.

U.S. States like California and Colorado are already seeing a paradigm shift occurring in cannabis production. Cannabis cultivation businesses are streamlining operations to compete in full-scale immersion in a legal capitalist marijuana economy. Unfortunately, as profit margins become slimmer for these businesses, those cultivation practices frequently referred to as “craft” are often the first to go. These practices include: the use of organic soils and fertilizers, proper curing techniques, and the preservation of low-yielding, high quality genetic lines. 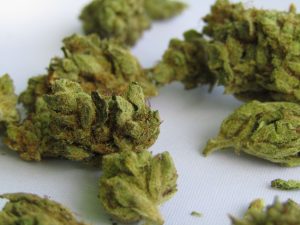 As the cannabis industry continues to evolve, marijuana entrepreneurs are looking to like industries for guidance in navigating the cannabis business. For many, the business model of the wine industry serves an excellent example for how the marijuana market will finally settle and mature. This notion is important as, the wine industry has both its industrial producers and its craft brands. Importantly, each of these market segments are supported by their own unique market demographics. In relations to craft cannabis, dedicated wine enthusiasts continue to support the efforts of artisanal viticulturalists. To this end, they continue to pay exorbitant prices for wines that are wholly unique to certain climates, regions, and cultivation practices.

As seen with wine, craft cannabis producers must depend upon a populace of connoisseur cannabis consumers in the sustainability of the craft market. While credible information on cannabis buying patterns is rather difficult to locate, studies show there are a few segments of the modern cannabis consumer demographic that can theoretically sustain a craft cannabis industry.

As seen with luxury markets in food, clothing, and automobiles, there is always a segment of the consumer population which demands unique and expensive goods. Why should cannabis be any different?

There are a number of cannabis companies that have sprung up to serve the luxury marijuana market. According to Forbes Magazine, a company named ClubM sells variety boxes of luxury cannabis products for between $1,000 – $2,000 a piece that are “delivered in a custom apothecary humidor or genuine leather scent-free purse.”Moreover, ClubM memberships cost approximately $100 per month and are offered only through invitation. On a similar note, a Seattle, WA dispensary reportedly sells luxury cigars packed with craft cannabis extracts. These cigars retail at an astounding $3,600.

While the Washington and California cannabis industries may be slightly ahead of the rest of the United States in their refined taste for cannabis products – the West Coast’s burgeoning luxury marketplace presents a viable option for the sustainability of craft cannabis production. Because, luxury cannabis consumers are willing to pay the extra buck for rare and quality products.

The concept of cannabis tourism presents another market segment which has the potential to sustain a thriving craft cannabis industry. As seen with other notions of craft cannabis, the tourism vertical has many things in common with the beverage industry.

The Colorado cannabis industry is already enjoying the spoils of a cannabis-based tourism industry. For example, interesting new business models like “Bud and Breakfasts” are springing up in response to market demands for marijuana friendly lodging. Moreover, many Colorado locals compare the cannabis business to that of the microbrewery business. In this business segment, artisanal craftsman brew beers localized to specific towns scattered throughout the State. 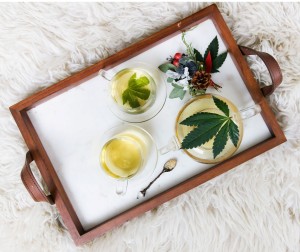 To look again to the wine industry, regions like Sonoma and Napa Counties in Northern California bring in millions of dollars annually in the tourist trade. For those individuals who go visit these famous wine producing regions, its not only important to sample the goods, its also essential to see where they are grown. All things considered, if the thousands of artisanal wineries that exist in California’s wine country are any indicator of the future of craft cannabis, artisanal growers should rest assured that they will have a place in the future.

The rapid expansion of the cannabis industry, combined with its history shrouded in the dark confines of the black market, leaves the future of the business wide open for speculation. As things continue to change, the brave entrepreneurs who put their time and money on the line to develop the industry are those who seem to learn the hardest lessons. To illustrate, and in a somewhat ironic twist, craft cannabis brands in places like Oregon seem to be the only ones holding their value, as a rapid influx in industrial, outdoor grows has driven commercial prices down to as low as $50 per pound. Whether or not this trend will continue remains anyone’s guess.

As mentioned in the introduction of this article, perhaps the most pressing concern relating to the preservation of craft cannabis production is the safeguarding of creative processes entwined with artisanal production. Oddly enough, and in true capitalist fashion, this horticultural artform is more than likely dependent upon consumer demographics in luxury brands and tourism to survive and thrive.

This article originally appeared in the April / May 2018 edition of HydroLife Magazine.