Skip to content
Previous Next
2018 NCIA Seed to Sale Show

On February 7th – 8th 2018, The National Cannabis Industry Association (NCIA) held the Seed to Sale Show in Denver Colorado. Many consider the Colorado cannabis industry to be the “epicenter” of the modern cannabis space, due largely to Colorado’s unprecedented leap into the recreational market in 2013. The normality of cannabis in the everyday life of the Coloradan was explicit at the Seed to Sale show, as the event took place in the heart of Denver. The show proved to be one of the premier cannabis industry events. 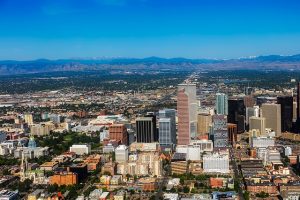 While most cannabis professionals agree there is an overwhelming saturation of conventions in the market today, the Seed to Sale Show seemed to be positioned well. The team at the NCIA planned the event over a Wednesday and Thursday, with significantly shorter “exhibit floor” hours than seen at similar events (the floor was only open for 5 hours on Thursday). The midweek gathering promoted a professional “business to business” atmosphere and the shorter hours kept exhibitors and attendees alike from getting overly exerted.

As the name implies, the Seed to Sale show is the most technologically driven convention in the cannabis business. To this end, the event was peppered with tech companies, all seeking to alleviate the operational struggles of both cannabis retail and cultivation businesses. As such, the show largely represented cannabis ancillaries rather than plant touching businesses.

To set the pace for the Seed to Sale show’s lecturer line-up, Lagunita Brewing Company’s Founder and CEO Tony Magee took the stage as the opening keynote speaker. Initially, many attendees struggled to understand why the NCIA chose a microbrewery CEO as the top speaker at a tech-heavy cannabis show. However, while Magee’s presentation wasn’t directly applicable to the fine points of running and streamlining a modern marijuana business, his life experiences seem to have earned him the spot on the stage. Most notably, Magee is experienced with the “growing pains” of guiding a craft business into full-steam national production – which many see as the future of cannabis.

Main Takeaway from the Seed to Sale Show: Technology and Cannabis

On Wednesday of the Seed to Sale Show, an early afternoon lecture titled “How Silicon Valley Technologies are Making Cannabis More Efficient, Profitable, and Compliant” proved quite informative. In retrospect, this topic really sums up a large part of the cannabis industry today. The technologizing of the cannabis business is probably

the most drastic effect of the rapid legalization movement sweeping the nation.

Because legalization progress in the U.S. is fractured, small cannabis companies are arising all over the nation to service a disparate industry. Essentially, as pointed out by the lecturing parties, the services of these tech companies are molded around singular business opportunities such as “Point of Sale.” This technology creates and stores data that cannot be shared on a macro-scale; it essentially solves problems while simultaneously building roadblocks. Similar challenges arise with cannabis compliance software platforms such as METRC, MJ Freeway, and Biotrack THC.

While it might sound cliché to liken the modern cannabis industry to the “dot com” era, the congruencies between the two movements are undeniable. Mostly because, there is an over excess of start-up companies that are not necessarily looking at the big picture: that working with your peers instead of against them be more profitable in the long run.

All things considered, the NCIA’s Seed to Sale show provided ample B2B networking opportunities for it’s attendees, probably as good as can be expected in today’s market. Moreover, the Denver gathering stimulated creative and critical dialogue between industry leaders in tech and beyond, which is of service to the industry as a whole.

This article originally appeared in the April 2019 edition of Maximum Yield i News.