The Sonoma Fires and California Cannabis

Perhaps no other region of the United States is as famous for its cannabis production and culture as that of Northern California. This geography ranges south from the tie-dye clad streets of San Francisco northwards to the wild, mountainous sprawls of the Emerald Triangle in Mendocino, Humboldt, and Trinity Counties. Nestled between these two iconic locales lies California’s “wine country.” This region includes both Sonoma and Napa Counties. In Sonoma County, infusions of San Francisco counterculture anti-establishment ideology blends with the self-reliant mentality of woodsman in the rugged hills of the north. This mixture gives rise to a vibrant California cannabis cultivation scene.

When devastating wild fires struck Northern California in October 2017, the destruction shook the cannabis industry to the core. More than likely, this is because regions like Sonoma County and the Emerald Triangle are such an integral element to the modern cannabis space. As these places have largely laid the foundations for others to follow concerning cultivation, business, and creativity. That being said, anyone who is involved in the contemporary marijuana business—whether it be with a hydroponics product manufacturer or grower—more than likely knows someone in the vicinity of Sonoma County. Due to its deep-rooted outdoor cultivation operations, the area is integral in the California cannabis industry a 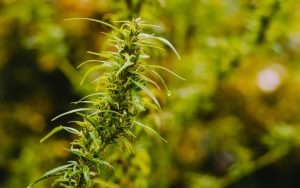 Beginning on October 8, 2017, the LA Times reports that these fires—which impacted Sonoma, Napa, Mendocino, Lake Counties—destroyed over 7,500 structures and caused $1.045 billion in damages. Of this rampant outbreak of wildfires, the “Tubbs fire” in Sonoma County caused the most damage. According to reports, the Tubbs fire destroyed 5,500 structures itself and devastated an estimated 36,000 acres of property in and around Sonoma County’s most populace city, Santa Rosa. Anyone who was in the vicinity of the Tubbs fire outbreak reports that the scene was nothing short of “apocalyptic.”

As fire news updates continued to poor out of Northern California throughout the month of October, the public began hearing about the destruction of Sonoma County’s agricultural community. This region includes both grapes (for wine production) and cannabis. Agriculture is a financial mainstay for Sonoma County. With crop production alone, the wine industry and cannabis business generate millions of dollars a year in Sonoma County. This is not to mention the tourist draw connected to these industries.

To help us get a better understanding of how the fires affected the California cannabis community, we reached out to Djubaya—the Chief Cultivation Officer at Sonoma County based soil business bio365. At the cutting-edge of both soil science and crop production, bio365 is spearheading what Djubaya calls the “biochar revolution.” Biochar is an extremely rich carbon-based soil additive that actually regulates nutrient uptake in plants via a complex exchange of negative and positive ions at root level. Used with normal irrigation setups, these soils are prized by both cannabis cultivators and urban agriculture operations throughout the San Francisco Bay area.

The people at bio365 have also been integral in the organization of fire-relief programs around Sonoma County. These efforts were highlighted by a fund-raising event in Sebastopol, CA on December 1, 2017.

Here is what they to say:

What can you tell us about cannabis cultivation in Sonoma County?

Djubaya: “Besides the Hawaiian Island Maui, Sonoma County has more microclimates than any area its size in the entire United States. Within these microclimates, plants of the same strain and phenotype express their chemo-types differently, essentia 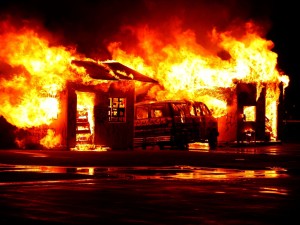 lly developing chemical profiles unique to the region. This is the reason why Sonoma County has both connoisseur cannabis flowers and wine. You can’t remove the plants from the area and get the same results.”

A large amount of hydroponics industry companies, such as HydroFarm and General Hydroponics, are located in Sonoma County. Why is this?

Djubaya: “The area is dramatically influenced by both urban and rural cultures, with IT/tech heavy San Francisco to the south and the ‘woodsy’ regions of Mendocino county and beyond to the north. With this blending of indoor and outdoor cultivation and technology, Sonoma has become a cauldron of innovation for horticultural technique as well as hydroponics equipment.”

How was bio365 effected by the fires?

Djubaya: “bio365 has a research farm in Sonoma County, we use it for studying plants and soil science in controlled environments. Also, our associates at Oso LLC operate a not-for-profit cannabis cultivation operation on the property, we collaborate for research purposes.  In total, the operation lost three greenhouses and bio365 lost all of our soil science data from the entire year.”

“At this point, we did not even know if we could keep the farm going, so we decided to join the efforts of many organizations in their work, not only to support the cannabis community, but all people effected by the fires.”

How many California cannabis growers were affected by the fires?

Djubaya: “Hundreds and hundreds of farms and personal gardens were affected by the fires and toxic smoke. A large reason for this is that a majority of growers set up their operations in backcountry, forested areas of the region. The fires ran right through these large forest systems in Sonoma County. Unfortunately for those whose gardens were destroyed, insurance companies don’t cover outdoor cannabis crops. Even worse, if these same growers were permitted by the State and County, they still have to pay taxes on their crops. Because, the local police were too busy to take reports on damaged cannabis gardens. Unfortunately, these police reports are the only way for these California cannabis growers to prove to the State and County that their crops were lost.”

“For those growers who didn’t lose their crops to fire, the smoke could very well have rendered their harvests worthless. Toxic smoke from fires contains heavy metals, which easily contaminate flowers. These damaged cannabis flowers cannot even be made into cannabis extracts (a common practice with low-quality buds) because the contaminates will come out even more pronounced in the process.”

Can you please tell us a bit about bio365’s fire relief program and the California cannabis industry?

Djubaya: “bio365 put together a free fundraising event at the Grange in Sebastopol, CA on December 1st. We teamed up with the Sonoma County Growers Alliance (SCGA), the California Growers Association (CGA), and Left Coast Wholesale to raise funds for any farmers that were affected by the fires—including those that don’t grow cannabis. Also, bio365 is giving away up to a 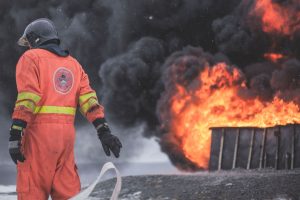 palate of free soil to those growers who lost their crops (a palate of bio365 soil costs $1000). We had a great lineup of live music that came up from the San Francisco area, including Steve Kimock, Dave Nelson, and members of Jefferson Airplane and the Grateful Dead.”

“We had 267 people turn out for the fundraiser, we really hope it helps people get back on their feet.”

As far as Sonoma County is concerned, Djubaya and the people at bio365 want the world to recognize “how vibrant this community is.” In the face of such extraordinary loss, he emphasizes the notion that “the California cannabis community is showing up in an unprecedented way” to help all segments of the diverse population living in the area. Djubaya also notes that both the Mayor of Santa Rosa and the Sheriff of Sonoma County have formally recognized the charitable efforts of the cannabis industry in the region. With all things considered, it seems like the people of Sonoma County are growing closer and learning more about one another due to the fire disaster. There is no doubt that the cannabis world will continue to keep its eye on this iconoclastic locale.

This article originally appeared in the February / March 2018 edition of HydroLife Magazine.