Why Your Cannabis Executives Aren’t Working

The American cannabis industry is perhaps the most exciting business environment on the planet right now. For many, the new marketplace is described as the “green rush.” This cannabis startup landscape is fertile with new ideas, collaborations, exchanges, ambitions, and excitement. But, make no mistake about it, the cannabis industry is “no walk in the park.” In fact, in the green rush, competition is fierce and profit margins are growing slimmer. That being said, the need for sound guidance in executive positions within the cannabis jobs arena cannot be overemphasized. It is ultimately these cannabis business executives which will decide the fate of a cannabis startup. The same goes for all of the employees and investors involved in the project. 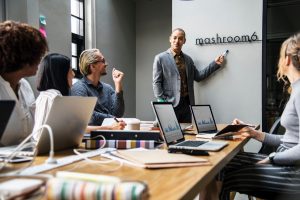 Cannabis business executives need to be comfortable working within the constant flux and variation of a start-up environment. People are drawn to the cannabis industry for a wide variety of reasons. Working in a cannabis recruiting agency, I use these reasons as indicators as to a C-level candidate’s ability to flourish in the cannabis industry.

Cannabis business executives must thrive in the chaotic atmosphere of unstructured business operations. Moreover, they must be comfortable with the knowledge that their business is under constant threat by state and federal governments. Therefore, cannabis executives will fail if they can’t handle “the growing pains” of a cannabis startup.

The Pitfalls of Agriculture

It’s imperative to realize that the foundation of all commerce and trade in cannabis is a quite vulnerable plant species. Cannabis plants, whether grown indoors, outdoors, or in greenhouses are susceptible to a plethora biological threats. That being said, all cannabis startups, ancillaries included, are somewhat effected by the productivity, quality, and yield of cannabis cultivation operations.

Anyone working in the industry must prepare themselves for the potential pitfalls of poor harvests. This notion is particularly important for those spearheading a cannabis business.  For cannabis companies, this notion exemplifies the need for executives to hire, as well as compensate properly, the best cultivators around. This could be the difference between success and failure. For ancillaries, executives must be prepared to suffer the loss of a business partner whose business succumbs to a poor harvest, and folds. In summary, cannabis executives will fail if they don’t have the foresight to plan for the hazards of an agriculturally built business.

Unfortunately, there a quite a few business entities sprouting up in various facets of the cannabis industry founded on the notion of “getting rich quick.” For those that have been around for a while this notion is sometimes referred to as “green rush syndrome.” With this in mind, any executives in the cannabis industry who start talking about making millions of dollars, and not emphasizing the consideration of a realistic business plan, are a red flag.

Many of these business leaders come from other industries and are completely naïve to the challenges of the cannabis industry. Moreover, they assume that it is an arena for “get rich quick” schemes. More often than not, these executives will foolishly guide their investors into a project that as no chance for success. As a result, cannabis executives who start talking about profit instead of hard work and realistic goals will not succeed.

Looking to the future, more cannabis training and education is necessary to avoid such pitfalls.

This article originally appeared in the October 2017 issue of Cannabis Entrepreneur Magazine.