The Pros and Cons of Sterilizing Cannabis Pruning Equipment

As any knowledgeable agronomist knows, cleanliness in one’s cannabis garden is essential. This notion applies to both indoor and outdoor cultivation operations. By keeping a cultivation area sterile, gardeners preemptively avoid disastrous issues with a variety of plant-based pathogens: bugs, mold, and mildew. While most cultivators are in agreement concerning the necessity of cleanliness in the garden area, opinions become askew with more subjective, nuanced sterilization techniques. This notion is especially true concerning sterilizing cannabis pruning equipment. 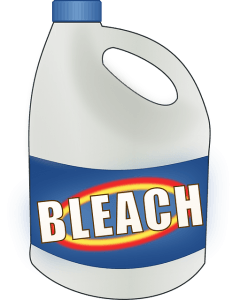 For example, with indoor gardening operations, some growers religiously bleach their entire grow room (and all equipment) after each harvest. However, many are convinced that this level of cleaning is not necessary on such a regular basis, and only sterilize their walls, irrigation setups, and pots a couple of times a year. Point being, almost every agronomist has their own method of “standard” or “normal” sterilization—these often vary on a case-by-case basis.

The regular sterilization of pruning shears and scissors is one of the maintenance chores which varies in importance between cultivators. Pruning plants is a task that all gardeners know well. To this end, it can amount to an extremely daunting chore in large-scale outdoor cultivation operations. For most cannabis agronomists, the regular sanitation of pruning shears during the workday is a way to avoid the transmission of pathogens and diseases from one plant to another. While the aforementioned notion is common knowledge, the importance of this sterilization act is debatable. Therefore, for those novice growers out there, here is some information about sterilizing cannabis pruning equipment:

There are a variety of sterilization chemicals out there that will do the trick with killing off any potential pathogens, bugs, eggs, or spores on one’s sheers. For the most part, cannabis growers opt with an extremely diluted bleach solution or rubbing alcohol. For the more inquisitive agronomist, there are a slew of other options on the market including: pine oil cleaner, denatured ethanol, trisodium phosphate, quarternary ammonium salts, as well as Lysol. A word to the wise, be sure to read up on water dilution ratios before using any of the aforementioned chemicals for pasteurization. For the savvy grower, the chosen sterilization solution should pre-mixed and kept in a handy position within the cannabis garden / work area. Experts recommend that tools be dipped or soaked in the solution between each cannabis plant, with the solution being replaced after every 10 plants. 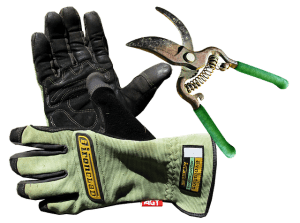 In horticulture studies undertaken by Linda Chalker-Scott at Washington State University, she uncovered the notion that the sanitation of pruning tools is beneficial in relationship to “diseases that invade the vascular system [of plants] or form oozing cankers.” Along this line of thought, Chalker-Scott identifies the vascular disease known as “fire blight” that can be spread through the unsanitary treatment of pruning equipment. In a like fashion, she notes that dirty pruning shears can spread the oozing canker diseases known as “perennial canker, Cytospora canker, and Vasla canker.” It is worth noting, however, that different types of plant subspecies react with these infectious diseases differently and that cross-contamination may only be possible with certain varietals. With cannabis cultivation, it is always recommended that growers air on the side of caution with sterilization efforts. Also, seasonal and environmental conditions greatly affect the efficacy of the aforementioned pathogens to spread throughout a garden.  To this end, humid weather provides optimal conditions for most pathogen proliferation.

The down-sides of sterilizing cannabis pruning equipment have to do with wear and tear on hands and tools as well as unnecessary work. To illustrate, aside from the control of vascular and oozing canker diseases, expert gardeners don’t put much emphasis on the necessity of shear sterilization. This is largely because, soil and airborne pathogens are just as easily spread by a gardeners hands or clothing as by tools. To put this notion in the context of outdoor cultivation operations, many feel that “preventative landscape management” procedures—including the removal of all dead and unnecessary plant matter from a garden—is a better form of disease management than tool sterilization. 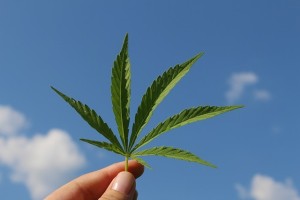 The best cannabis growers are those who take the most pride in their gardens. This notion also directly applies to tools utilized for successful cannabis cultivation. That being said, the overuse of corrosive chemicals such as bleach on tools can lead to pitting on their surfaces as well as the slow decline of springs and other internal mechanisms. In a similar vein, there are potential health risks concerning continued use of bleach and other substances related to tools sterilization. These risks involve contact with chemicals on one’s skin as well as interaction with the cardiovascular system through the breathing of chemically contaminated air.

This article originally appeared in the November 2017 edition of Maximum Yield Magazine.