Skip to content
Previous Next
Cannabis Travel and the Hippie Trail

The Legacy of the Hippie Trail

More often than not, customs and rituals form the binding thread between different generations of people within subcultures and social movements. Occasionally, these rituals are forceful enough to cross cultural boundaries as well. In today’s society, wanderers and cannabis advocacy enthusiasts alike can follow a lineage of custom back through a global network of curios minds linked to the “hippie trail.” In the late 1960’s through 1979, hundreds of thousands of counterculture youths from around the globe embarked on this cannabis travel voyage across Asia in hopes of discovering something spiritually palpable in an era wrought with war and civil unrest. While these idealistic kids certainly personify the many stereotypes of the “love generation” as well as “Western travelers,” they seem to have discovered something real with their acceptance of meager travel amenities as well as the ritualized use of the cannabis plant. 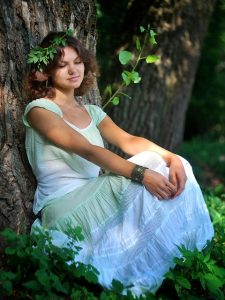 In classic 1960’s fashion, these mercurial vagabonds abandoned the materialistic cold-war mindsets of the United States, Europe, and Australia and descended deep into the desert sprawl of western Asia with the intent of being transformed by the foreign cultures of the region. The overland route of the hippie trail loosely traces the footsteps of both Alexander the Great and the Silk Road—it connects Europe to Asia. The beginning point of the course lies on the edge of the European continent in Istanbul, Turkey and the subsequent trail meanders through Iran, Afghanistan, Pakistan, India, and Nepal. The hippie trail reaches its conclusion in the mythological Nepalese town of Kathmandu. In their travels, the eccentric pioneers of the trail infused a deep mistrust for the establishment with a sense of adventure—eventually giving birth to the contemporary notion of “alternative travel,” which is grounded in ideals of culturally genuine travel experiences. In their attempts to experience the locales of the hippie trail more holistically than with traditional traveling, hippie trail voyagers toured about on a tight budget and absorbed all they needed from the local people along the way—including cannabis and hash.

Perhaps the most common social cord between the starry-eyed hippie trail youths and the ancient populaces of Western Asia came in the form of cannabis travel. Moreover, the term hippie trail is often used synonymously with the term “hash route.” A large reason for the association of cannabis and the hippie trail is the fact that areas of the route, most notably in Afghanistan, Pakistan, and India, provide exceptional environments for growing cannabis plants. These regions of the Himalayan foothills feature hot, dry summers with an overabundance of sunshine—mirroring the famous U.S. growing climates in the California Coastal Ranges and Sierra Nevada foothills.

The rise in popularity of the hippie trail in the 1960’s came in conjunction with a mainstream fascination with the Orient coupled with the utopian fantasies of psychedelic America. In the United States, young people were drawn to psychedelic pioneers such as Timothy Leary and Ken Kesey, whom promoted the use of cannabis, hashish, psilocybin (magic mushrooms), and LSD. For the mainstream, Asia became extremely stylish largely due to the Beatle’s visit to an Indian guru and ashram in 1968. Even more, notions of exotic travel and Eastern mysticism blended seamlessly with a semi-naïve fascination with consciousness expansion and new-age spirituality. For Leary’s part, in his book The Psychedelic Experience, he attempts to find congruencies between Buddhism’s the Tibetan Book of the Dead and the hallucinogenic experience. In a like manner, and in a fashion which foreshadowed travels of the hippie trail, Kesey took his band of “merry pranksters” on an LSD fueled trip from California to New York in a day-glow colored bus dubbed “Furthur.”

Afghanistan: The Garden of Eden for Cannabis Indica and Cannabis Travel

While the current political state-of-affairs in Afghanistan makes its significance on the hippie trail rather counterintuitive, the country has an extremely a rich cultural heritage and the populace was far more welcoming to outsiders in the pre-Soviet years (before 1979). It is amazing to think how long-haired rebellious youths came barreling into Afghanistan with all the zealotry of American psychedelia, “traveling in ancient Austins, rainbow coloured double-deckers, and fried out VW Kombis” hoping that the 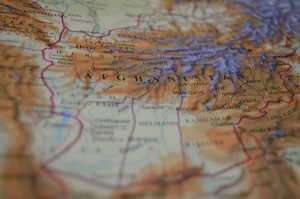 ir “great journey would lead to a better world.” Moreover, according to these same kids, Afghanistan was one of the most anticipated stops on their great pilgrimage to the otherworldly and ancient. One traveler recalls: “you could easily linger for weeks [in Afghanistan], getting high, feasting on cheap kebab or venturing out to the fantastic archaeological sites that dotted the city [of Kabul] and its environs.”

A large portion of Afghanistan leg of the cannabis travel route passes along a portion of the Himalayan Mountains known as the “Hindu Kush.” The name Hindu Kush has reached mythological proportions in modern cannabis culture, as the term “Kush” (originally denoting this region/mountain range) now signifies the some of the most popular strains the world over—including “O.G. Kush.” In a similar vein, the famous strain “Afghani” (and its subsequent offshoots/phenotypes) is sourced from the subspecies “Cannabis Afghanica” which denotes short, stocky, quick-finishing cannabis plants “known for their high cannabinoid content.” The importance of this area of Afghanistan in cannabis culture cannot be overstated, as the ancient Greeks referred to the Hindu Kush region Caucasus Indicus. As can be seen, the root source of the term “indica” is also derived from the name of this specific Afghani geographical locale—that being from Greek terminology.

India: Mythological Cannabis and the Inheritance of Ritual

Upon hearing the word “India,” one is immediately transfixed by the mental imagery of a mystical realm wrought with spectacle 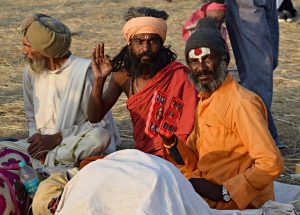 s of levitating gurus and sages speaking in tongues. The travelers of the hippie trail entered India with anticipatory eyes in which “the West’s greyness and dullness were juxtaposed to the colour and chaos of the imagined East [sic].” The strange energy pervading throughout India is due largely to the Hindu religion, which has been using cannabis (which they call “bhang”) for almost 3,500 years. Sacred doctrines of Hinduism, known as the “Rig Vedas,” describe the genesis of the marijuana species as a place where “amarita” or “sacred nectar” fell to the earth and “sprouted the first cannabis plant” years. Perhaps the most influential element of Oriental culture on the young travelers of the hippie trial was the cannabis smoking practices of the “sadhus” or Hindu holy men. Indian sadhus smoke buds or hashish out of chillums, and pass the chillum clockwise in a circular fashion “in rituals or worship, meditation, or yogic practice.” It’s no wonder that many cannabis travel routes lead to India.

While outsiders cannot easily enter into a sacred smoking ritual with Hindu sadhus (nor is the notion of passing a pipe in a circular fashion indigenous solely to India), it is worth noting that Western, modern cannabis smoking functions in a ritualistic fashion. Likewise, it is safe to assume that in using cannabis in a similar communal manner, travelers of the hippie trail and contemporary smokers alike have devised a collective social ritual that blurs and overcomes cultural boundaries. Perhaps this is one element of We 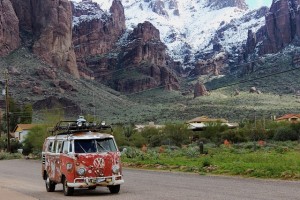 stern drug culture that is long since forgotten or just plain ignored: hippie trail participants infused their own curiosity about the East with consciousness expansion—and stumbled into something larger than themselves. It’s evident that no matter how naïve or idealistic these kids were, the mysterious instillations of exotic lands and cannabis travel manifested an elixir of the sacred—which had to have been instructive. These cross-cultural immersions in the mystical resurface today with the ritualized sharing of cannabis in a circle of friends, where, as on the hippie trail, the ceremony exposes something far older, and far stranger, than oneself.

This article originally appeared in the August / September 2017 edition of HydroLife Magazine.